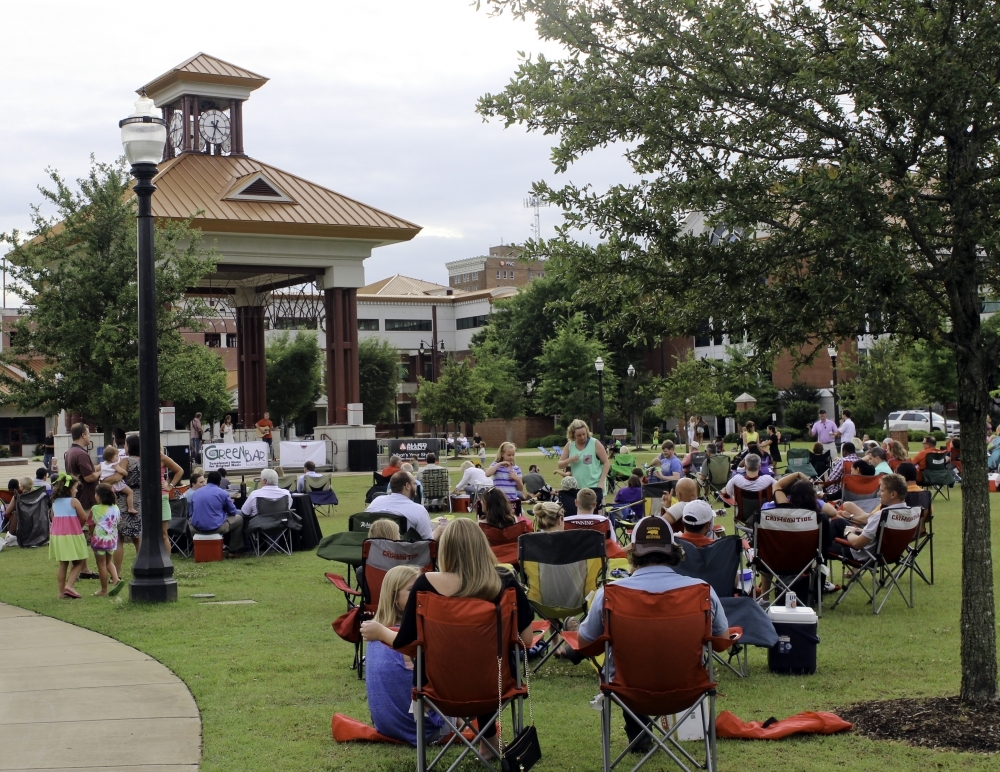 For the most up-to-date info on this series, go to our Facebook events page: https://www.facebook.com/pg/TuscaloosaCity/events/?ref=page_internal

Tuscaloosa, Ala. – The City of Tuscaloosa will once again host musical acts in Government Plaza every Friday night starting April 28 and running through July as part of its third annual Live at the Plaza concert series.

Each week’s free concert will run from 6 to 9 p.m. and will feature a local band in the family-friendly atmosphere of Government Plaza, adjacent to the downtown parking deck behind City Hall.

New this season is the creation of entertainment district for each concert. Alcohol can be purchased from restaurants and bars within and on the district boundaries and taken to Government Plaza and other areas within the district, which includes several surrounding blocks.

Magic City Smooth Jazz will kick off the 2017 season this Friday as packet pick-up for the 11th annual Mayor’s Cup 5/10K for Pre-K wraps up on Government Plaza. Acts are currently being scheduled to highlight the diverse musical offerings of Tuscaloosa and the surrounding area. On the schedule for May 5 are Matt Jones, May 12 are Campbell Station, May 19 are Lamont Landers Band and for May 26 are Plato Jones. More acts will be announced as they are finalized.