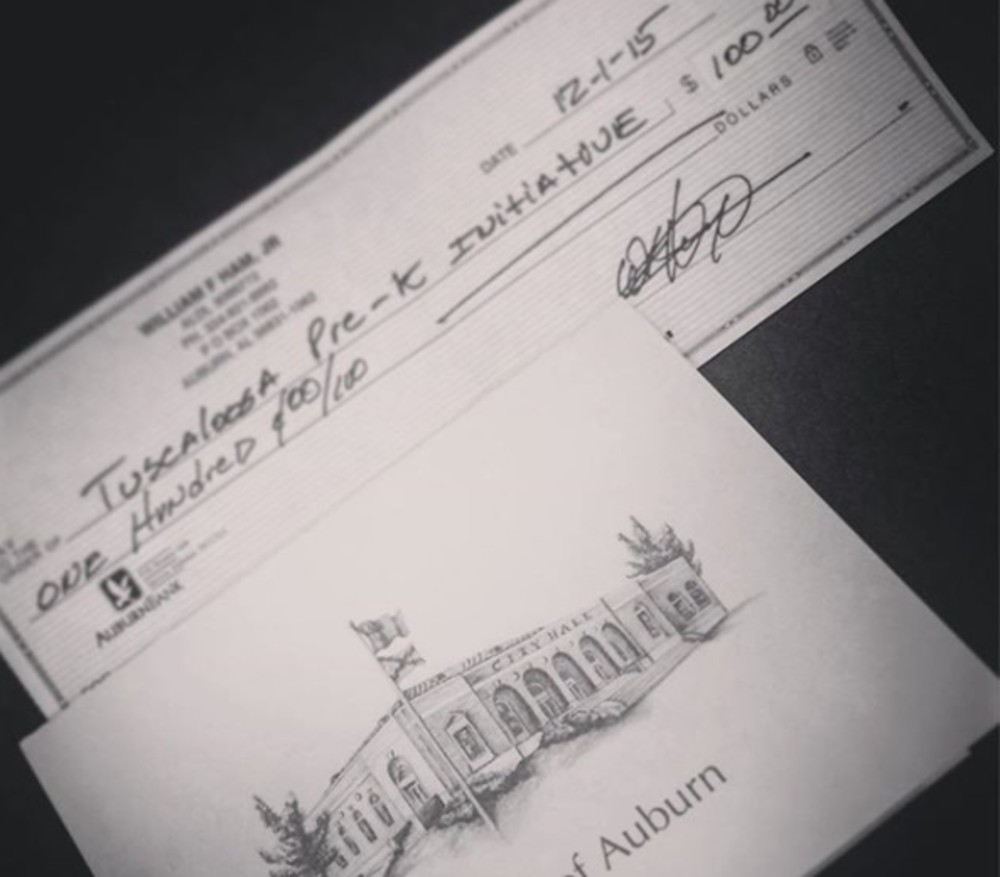 For the fifth year in a row, City of Tuscaloosa Mayor Walt Maddox and Auburn Mayor Bill Ham Jr. will continue their tradition of a $100 Iron Bowl wager to benefit local charities.

"Mayor Ham and I work together often to provide safe, welcoming and friendly environments in our respective cities," said Maddox. "The Iron Bowl means a lot not only to our communities, but to the entire state. This light-hearted wager uses that competitive comradery to give even more."

In 2013 the mayors upped the ante from $25 donations to $100. In that time Ham has donated $400 to the Tuscaloosa Pre-K Initiative while Maddox has donated $100 to the Boys and Girls Club of Greater Lee County.

This will be the 82nd meeting between the Tide and the Tigers as they kickoff in Auburn Saturday, Nov. 25.