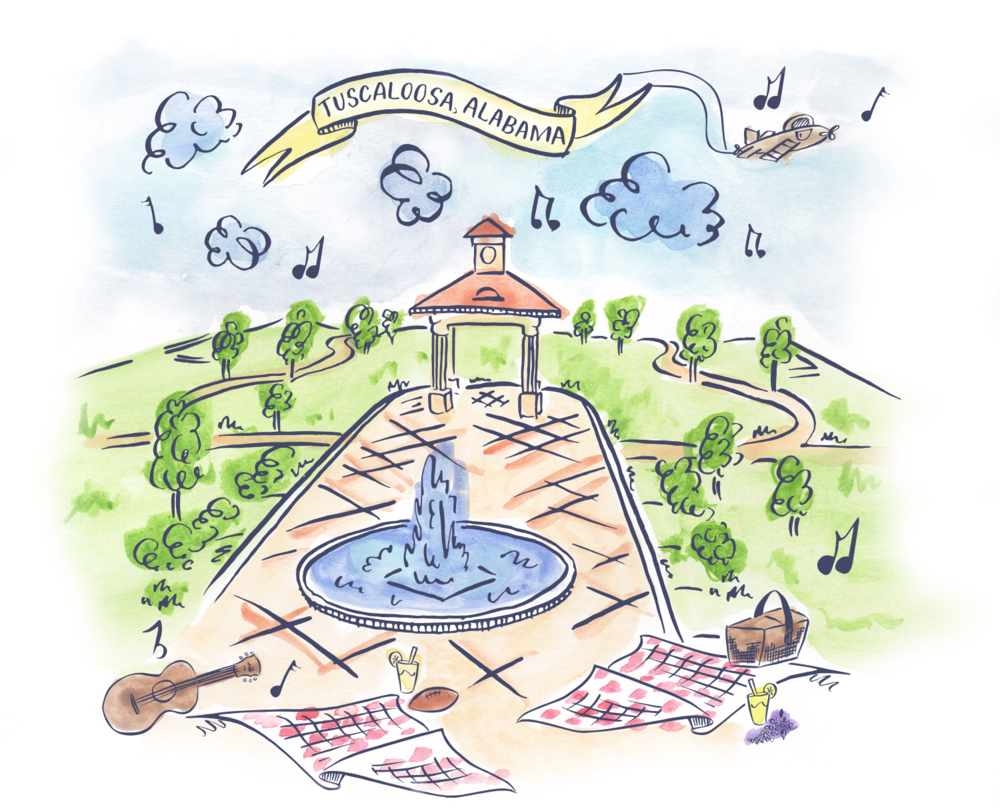 The City of Tuscaloosa will host musical acts in Government Plaza as part of the fifth annual Live at the Plaza concert series. The concerts will take place every Friday night in June and July.

The free concert series will run from 6 to 9 p.m. each week and will feature a local band in the family-friendly atmosphere of Government Plaza, adjacent to the downtown Intermodal Facility parking deck behind City Hall.

A schedule of performers will be released at the end of April. Acts are currently being scheduled and will highlight the diverse musical offerings of Tuscaloosa and the surrounding area. Musical acts interested in performing at Live at the Plaza should apply online at Tuscaloosa.com/LATP by March 29.

The concert series will coincide with the Downtown Entertainment District. Under the entertainment district, alcohol can be purchased from participating restaurants and bars and taken to Government Plaza and other areas within the district, which includes several surrounding blocks.

Those interested in sponsorship opportunities for the Live at the Plaza series can contact Michelle Smart at msmart@tuscaloosa.com.