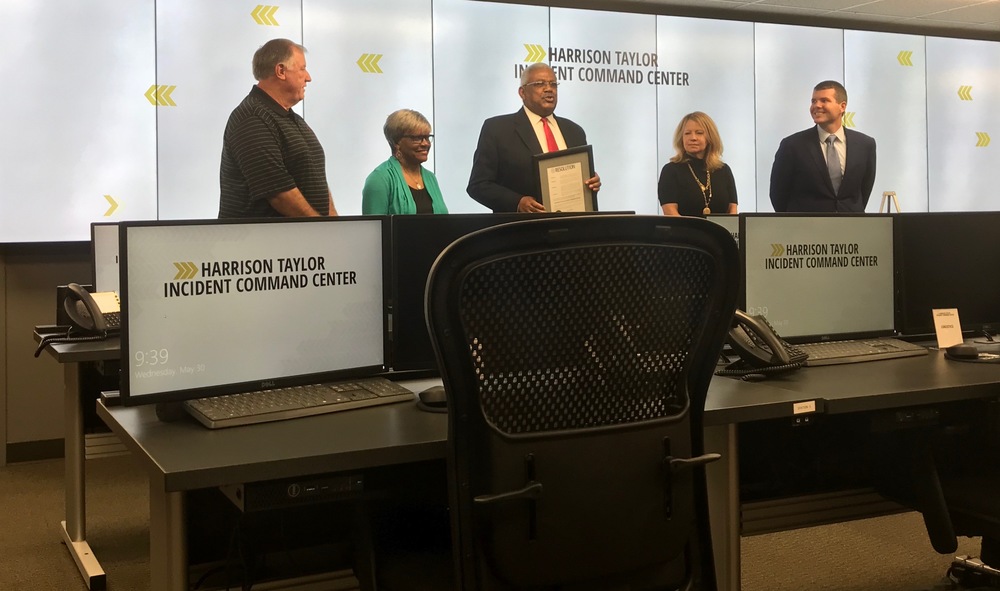 "I couldn’t think of a more appropriate dedication than naming the state-of-the-art Harrison Taylor Incident Command Center after a person who helped lead us out of the crisis of April 27," Mayor Walt Maddox said. "His influence was both seen and unseen, and he has been a difference-maker to our city for a long, long time."

Taylor served on the City Council for 24 years, making his term the longest ever served. He worked tirelessly in the aftermath of the crisis, which has been a major catalyst for the creation of the Harrison Taylor Incident Command Center.

The on-scene incident management center provides the incident command team and City employees necessary tools to effectively communicate and gather data. In turn, they can provide the best response as quickly as possible to the citizens of Tuscaloosa.

The new Center is 2,800 square feet, which includes an emergency operation room, two conference rooms and a breakroom, enabling the incident command team to work around the clock. It features a conference room system with the capability to hold video conferences with offsite staff and a video wall comprised of nine high definition monitors that allow the team to simultaneously monitor several data sources from both outside organizations and within the City (like Tuscaloosa 311 and Tuscaloosa Police Department).

"Though we hope to never use this facility, we know we will," Maddox said. "And when we do, we know we will do a fantastic job thanks to the resources provided by the City Council and thanks to our City employees' expertise. Crisis will always find itself to your home, and how you respond is a mark of a great community. I have no doubt that we will respond now – thanks to the Harrison Taylor Incident Command Center ­– in a very effective manner."