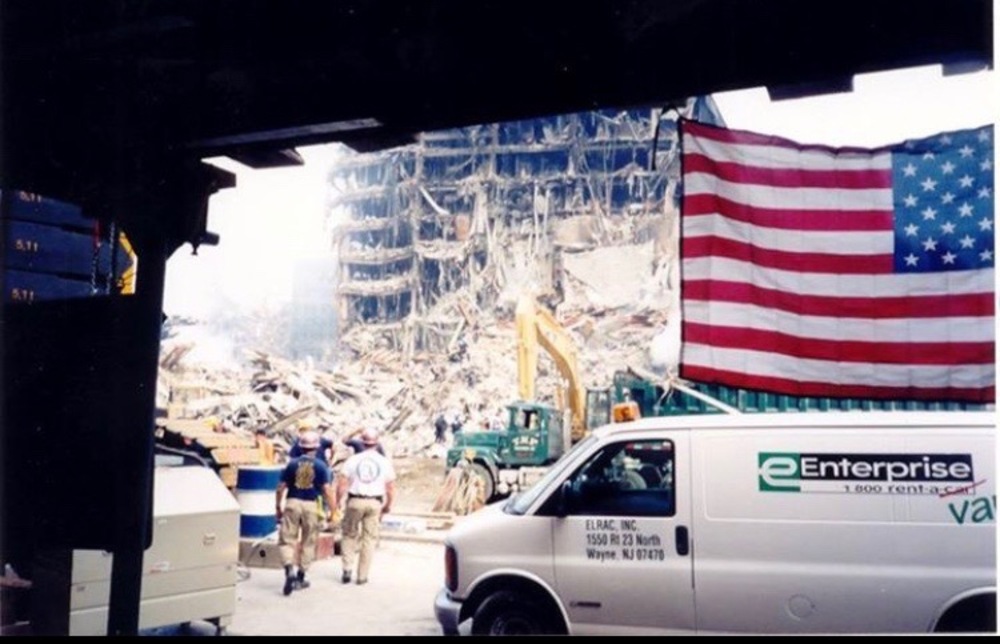 As the 20th anniversary of September 11, 2001 approaches, people around the world are taking time to reflect on the tragic events of that day, the thousands of lives that were lost and the heroes who stepped up to protect and serve our country.

The City of Tuscaloosa has one of these heroes in our midst. Fire Chief Randy Smith of Tuscaloosa Fire Rescue was deployed to the World Trade Center site in the wake of this disaster to serve on the US Public Health Incident Management Team.

10 minutes after the second tower collapsed, Smith was notified that he would be deployed to New York City to help first responders. He spent four weeks in New York overseeing Safety & Security for the Public Health response in the aftermath of the tragedy. For the first part of his deployment, he was assigned to Ground Zero as the Operations Officer in charge of five medical clinics. The second piece of his deployment focused on the Public Health Incident Management Team.

“This experience allowed me a better understanding of how large-scale emergency operations need to be managed and organized,” Smith says. “It helped me to understand that no single agency, no matter how large, can handle a large incident alone.”

While assigned to the Incident Management Team, Smith worked with multiple international agencies, approximately two hundred disaster mortuary and medical personnel, and over a thousand total personnel from different groups.

His diverse professional background aided him in navigating this complex disaster response scenario.  Over his career, he has worked in: law enforcement, emergency medical services, and fire services.

He has also served with the National Disaster Medical System (NDMS) team for 24 years. The NDMS is a federally coordinated partnership between the US Department of Health and Human Services, Homeland Security, the Department of Defense, and Veterans Affairs that supports state and local authorities following disasters by supplementing health and medical systems and response capabilities.

Smith was appointed Chief of Tuscaloosa Fire Rescue by Mayor Walt Maddox in 2018. “The experience, knowledge, skills and abilities I have gained from responding to multiple types of disaster events in the US, Puerto Rico and Haiti has set me up to serve as the Fire Chief for the City of Tuscaloosa,” Smith says. “Events like these show you the true level of dedication of emergency responders.”

Given his wealth of knowledge about incident management, Smith was also chosen to serve as the leader of the City of Tuscaloosa’s COVID-19 Incident Command team in February of 2020 as the international pandemic entered the United States. Though the situations may vary, Smith says, the principles and priorities of incident command are the same today as they were in New York in 2011. “Some of the strategies and tactics have changed, but following the priorities of Life Safety, Incident Stabilization and Property Conservation will get you through the hard times,” he says.

Though it has been 20 years, Smith says details of the 9/11 disaster response are burned into his memory forever. But what stands out the most is the way people from all around the country came together. “It just makes you proud to be an American,” he says.