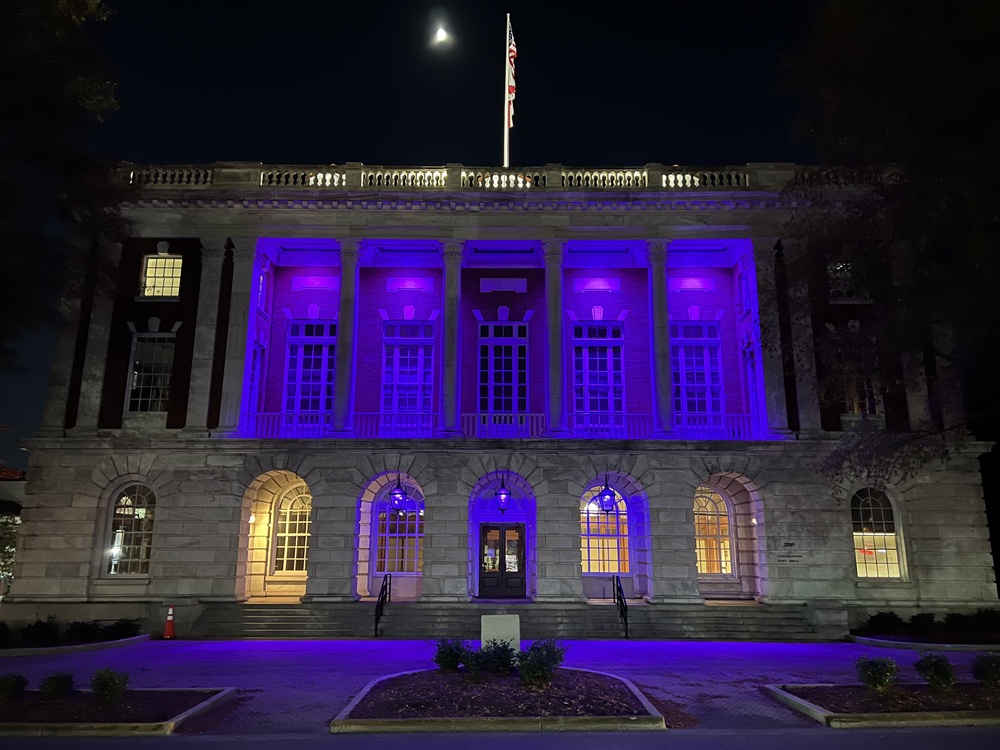 This week, City Hall, River District Park, and other City facilities will be lit purple to commemorate the 240th Anniversary of the Purple Heart Award during Veterans Day Weekend. The City of Tuscaloosa will be working with the City of Northport, Tuscaloosa County and PARA to partner with local Chapter 2211 of the Military Order of the Purple Heart and the Mike Spann Detachment of the Marine Corps League.

The Purple Heart Award was originally created by General George Washington as a “Badge of Merit” and was awarded to military members who were killed or shed blood in combat operations against enemies of this nation.

The City of Tuscaloosa will join The One Trade Center in New York along with other cities and towns to commemorate the Military Order of the Purple Heart. Thank you to all of our veterans for their contributions and sacrifices in to keeping our nation safe.